The Maturin and Johnston Families 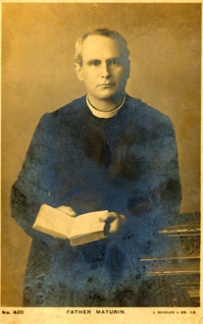 Huguenot minister Gabriel Maturin was imprisoned, in solitary confinement for 25 years on the île Sainte-Marguerite, by Louis XIV for daring to go back to preach to his flock in France after the revocation of the Edict of Nantes in 1685.

The Maturin and Johnston Families

The IRA stole Dr Henry Johnston's Motor Car - and then sang about it!  He was really cross that they said it made a din, when it was the best kept car in Donegal 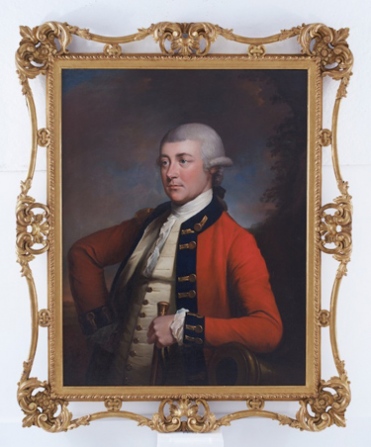 Captain Gabriel Maturin gained enormous respect from Sir Thomas Gage after the Fall of Quebec, being his secretary from then until an early death just before the outbreak of revolution

Charles Robert Maturin loved preaching, dancing and writing - but could make a living from none of them, despite flashes of success with "Melmoth the Wanderer", "Bertram" etc

Frank Holl painted his "Newgate: Committed for Trial" in 1878 in his quest for art with social realism.  It is likely to have been based on the the case of William Frederick Maturin.

IT'S OLD BUT IT'S NEWS

Leila was the young widow of Leslie Maturin; she was the first person to have said a kindly word to Joseph Merrick - the Elephant Man.  Her story has been picked up by Graeme Strachan, chief reporter for the Dundee Courier and the Press and Journal, and published in this article.

Read more about Leila and Leslie - her young husband who braved war zones but died tragically treating a child for scarlet fever.

© 2020 maturin.org.uk  You are welcome to use this information for study and research but no text or images may be copied to any other websiie  without the express permission from the author